Why killing snakes is harmful; what we need to understand and what we can do.

Snakes are some of the most misunderstood creatures around; whose instinctually driven brains, reactions, and energy can be hard to comprehend and so it can be hard for the mainly logic-driven human to relate.

Fear is a common reaction to these unknown aspects about snakes and often tends to garner the instinct to eradicate them on sight. Those who make it a practice to do this believe it keeps them safe; when in reality, we are no safer or in more danger coming across a snake than we were beforehand. Ironically, the action of trying to or succeeding in harming a snake puts us at greater risk for being harmed (as the snake is now instinctually reacting to try and save its life and resorting to its last line of self-defense, to bite.) 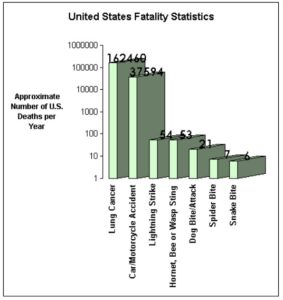 According to a survey done by the University of Florida, we’re more likely to be bitten by a dog than a venomous snake and we don’t go around killing all the dogs we encounter, right?

As nature photographer Win Ott states: “Knowledge transmutes fear into respect.” A first step toward quelling that fear is seeking knowledge and information about that which we’ve learned to fear.

Snakes are an integral part of a healthy, thriving ecosystem. They play the role of predator (nature’s free pest control) and prey.

Smaller ground-dwelling (or fossorial) snakes like the DeKay’s Brownsnake or the well-known coralsnake keep populations of earthworms, small lizards, and frogs in check while larger climbing snakes, like the arboreal ratsnake or the ground-dwelling (terrestrial) behemoths like the venomous Eastern Diamondback Rattlesnake or non venomous Indigo Snake tend to eat potentially disease-carrying rodents like mice, rats, and squirrels. Those prey population numbers would soar without the help of our not-so-furry friend, the slithery snake!

Just as well, snakes often serve the purpose of being a meal for agile predators like: owls, hawks, eagles, herons, bobcats, foxes, and weasels to name a few. Making it a practice to eradicate snakes as soon as they’re seen, means a large increase in disease-carrying rodent populations, as well as decreasing a primary means of sustenance necessary for any number of predatory animals to thrive.

Ending every snake you see then also necessitates the use of potentially hundreds of man hours manually eradicating rodents (laying traps/the use of pesticides) and that can also directly negatively impact an entire ecosystem of animals that are dependent on rodents as prey. Other predators that help keep those rats and squirrels in check, like hawks and owls, will then be poisoned too as well as the ground water from which we drink.

As far as companies claiming to be snake repellents, there have been no scientific studies that prove the efficacy of these pesticides.

The best way to be proactive at decreasing the chances a potentially confrontational encounter is to stay aware around that which attracts snakes (food and water sources, and areas that provide shelter like low-lying bushes, piles of wood, and long grass) and make sure not to stick your hands or feet in or around places you can’t see. If you must work in such places, use a stick or the holding end of a long garden tool to rustle through the area, providing them the opportunity to be informed of your presence and giving them an escape route. A surprised or trapped snake will feel fear as a result and resort to their last means of self defense to protect their life.

Aside from keeping the food web in check, decreasing diseases from spreading; and playing an integral role in maintaining a healthy ecosystem, venomous snakes play an especially important part in the treatment of heart attack patients, folks with autoimmune diseases, diabetes, or victims of chronic pain. Some venoms are actually being studied to treat specific forms of cancer. In fact it’s likely the venom and treatment derived therein has already saved the life of someone you know!!

What you can do instead of killing a snake

Snakes are just as afraid of us as we tend to be of them; we’re big scary giants in their eyes so they would rather avoid a confrontation just the same as we would. If you happen to come across a snake on your property, chances are, if it becomes aware it’s been seen, it will flee as soon as it feels safe to do so. Leaving the area (and keeping dogs and kids inside) often encourages the snake to move on with no other action necessary.

If a snake doesn’t feel a threat or feels no reason to leave, a light, cool spray from a garden hose will often shock the snake enough to help it mosey along. It is possible to peacefully coexist with snakes with a little habit forming like: teaching kids to identify venomous snakes native to your area and what to do if they see a wild snake at a young age (stay away and come get an adult to tell where it is.) For household pets: honing the “leave it” command or investing in snake aversion training for dogs, and not leaving cats outside unsupervised is a huge key element in avoiding the injury or death of either.

Related:  The Last Word on "The Rhyme"

A last resort as an alternative to ending the life of a snake is to contact a professional to relocate the snake a short distance away so that the snake may survive/thrive and you may take this time to increase your knowledge about and appreciation for these wonderfully helpful creatures. Here’s a helpful link for a group dedicated to snake removal/relocation: https://www.facebook.com/groups/FreeSnakeRemovalDirectory.

When it comes down to it, snakes play an integral and irreplaceable role in keeping local ecosystems and food-webs healthy and flourishing. So the next time you see a snake making its way through your yard or swimming downstream near you, know that they’re just as much a part of the natural world as a squirrel or a rabbit and like any fluffier animal, they have no interest in interacting with, let alone harming people. In all likelihood, as soon as you see a snake and it sees you, it will just as quickly be gone.

View all posts by Giselle