Skip to content
Categories
Categories
By: Mike Van Valen 06/12/201906/13/2019
Do Snakes Chase People?
The short answer is NO. There are several snake behaviors that are commonly misinterpreted as “chasing”. Please refer to this article – https://herpunit.wordpress.com/2016/10/17/do-snakes-chase-people/
How do I tell the Difference Between Venomous and Non-Venomous Snakes?
There is no simple “trick”, despite what you may have been told or seen online. The reason is because venomous snakes comes in all shapes and sizes, colors and patterns, and inhabit every habitat available on earth. The best advice is to get familiar with the venomous snakes that live in your state or county. In the U.S. there are more non-venomous snakes than venomous, so you are likely going to have to learn only a few species. In places such as Australia, there are many venomous snakes which can look like other, harmless, species. It’s best to never try and move or handle a snake you cannot reliably identify.How Do I Tell the Difference Between a Black Racer and a Black Ratsnake?

How Do I Keep Snakes Out of my Yard / Property?

By making it less attractive. Remove hiding spots (junk piles, tin, sheet metal), grass cut short, no heavy brush. There is no way to keep snakes out 100% of the time but this will prevent many of them from staying. Here are a couple informative articles.

Coexisting With Wild Snakes
Keeping Snakes Away: Advice from a Wildlife Biologist

What Do I Do About Snakes in my Chicken Coop?

Invest in a snake-proof enclosure for your chickens. Please join The Pro Snake Poultry Group on facebook for more information. 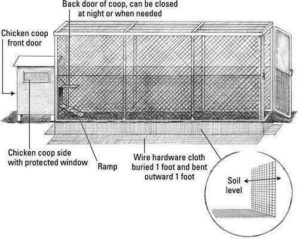 In the U.S., generally, no. Chickens will attack snakes, which will then defend themselves by striking and/or constricting. If the chicken dies instinct will then kick in and the snake will attempt to swallow the chicken. This often results in the snake abandoning the chicken because adult chickens are usually too big for a ratsnake or kingsnake to swallow. Some chicken breeds are small enough to be eaten by large snakes such as rat and gophersnakes. In other parts of the world there are snakes large enough to eat adult chickens with no problem, such as pythons in Asia and Australia.

Can I use Moth Balls or some other Chemical as a Snake Repellent?

No chemical repellent works, and it’s been proven. Moth balls can poison people and pets. Please watch this video – https://www.youtube.com/watch?v=eQ8bXLPQrTU&t=49s .

How does Relocation Affect Snakes / Can I Relocate Snakes away from my Yard?

There is still much to learn about the effects of snake relocation. There is evidence that many snakes do not do well when relocated, and often die trying to get back to their “home range”. It is recommended that snakes be relocated no more than 1/2 mile away for point of capture.

Hog-nosed snakes (Heterodon) have enlarged rear teeth and produce a venom that works to subdue their prey of amphibians, other reptiles, and rodents. The venom is harmless to humans but can produce a mild allergic reaction in some people.

Yes. Please see the above question on hog-nosed snakes. The same applies to nightsnakes,  cat-eyed snakes, Ringnecks, pinewoods snake, and several other snake species in the U.S. Many of these are commonly called “non-venomous”, but a more appropriate term would be “harmless to humans”. Keep in mind that “venomous” does not necessarily equate to “deadly to humans”. Bites from these snakes are relatively harmless and may produce slight swelling and itching. Current research is showing that many species of snake long believed to be non-venomous actually do possess venom.

What is the Most Venomous Snake in the World?

The Inland Taipan (Oxyuranus microlepidotus) of Australia is considered to have the most toxic venom based on tests done on laboratory mice (LD50) and human heart cell culture. Keep in mind that “most venomous” does not mean “most deadly”. Bites from the inland taipan are extremely rare due to the remote areas the snake lives in.

What is the Most Venomous Snake in the U.S.?

The Tiger Rattlesnake (Crotalus tigris) has the most toxic venom in the U.S. based on tests done on laboratory mice (LD50). Again, this does not mean the tiger rattlesnake causes the most deaths. Western and Eastern diamondbacks, timber rattlers, and mojave rattlers cause more deaths because they are large species which produce large yields of venom.

This is a myth. Please refer to our article: Venom Myth

When do Snakes Hibernate? What do Snakes do in the Winter?

Unlike other animals, snakes do not hibernate in the winter; they stick close to home and brumate, a process in which they enter shelter and slow down their metabolic processes until the temperature warms up. Please read our article on the subject: Hibernation vs Brumation: Changing Seasons

What is the Longest Wild Snake ever documented?

There is no easy answer to this question, but the Guinness Book of World Records lists the longest captured wild snake as a 9.75m (32ft) reticulated python found on the Indonesian island of Sulawesi in 1912. In general, adult Reticulated Python (Malayopython reticulatus) and Green Anaconda (Eunectes murinus) are the longest snakes on earth.

Do All Snakes Bite / Have Fangs?

Some snakes are very reluctant to bite, if at all. Many other species will bite quickly, defensively, and repeatedly. Not all snakes have fangs.

Do snake bites cause an infection?

Any bite, cut, or scratch carries the possibility of infection, no matter the source. There is an erroneous belief held by many people that snake bites produce some kind of life-threatening infection, and some also believe that snake saliva is the cause of the infection. This isn’t true. Non-venomous snake bites should be treated as any cut or bite would be treated.

From Joe Pittman, Snakebite treatment specialist – “ …regarding coral snake antivenom, there is available antivenom. In addition to Pfizer extending the expiration date on a lot # of AV, Pfizer has also recommitted to production and released the first batch. In addition, we have optional exotic antivenoms available that treat coral snake bites.”

Yes, all snakes can swim. Some better than others. (ever heard of a watersnake?

) Some snakes are even known to swim between islands in the ocean, such as eastern diamond-backed rattlesnakes in the Florida Keys.

Are Kingsnakes “Immune” to Venomous Snakebites?

Why Do Some Snakes Lay Eggs and Some Have Live Birth?

From Andrew Durso, Snake Biologist – The main hypothesis is that live birth helps the mother help the embryos thermoregulate, so it’s more common in snakes that occur in cold climates (like gartersnakes & rattlesnakes, although some tropical snakes, such as boa constrictors, also give live birth). Eggs have to stay in one place whereas embryos that develop inside the mother can move around with her & stay warmer.

Some species even do both! E.g. some species of Helicops from South America have live-bearing & egg-laying populations. And some species are very close to the boundary in other ways; Ovophis okinavensis from Japan lays eggs with very thin shells that hatch in about 1 day.