In 2017, I was invited by friends to see the reptile mecca that is the Southern California desert. It was everything my friends said it was, and more. I didn’t have much time to do everything I wanted, so I planned another trip for May 2018. My friends live and work there, so it was like having a guide showing you all the great spots. The weather was forecasted to be perfect for herping and my excitement was through the roof. It started on my way into Borrego Springs, I found a Colorado Desert shovel-nosed snake (Chionactis occipitalis annulata) on the road in my friends neighborhood. 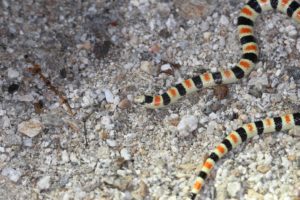 The next several days were spent hiking during the day and road cruising at night. I spent one day in Joshua Tree National Park that proved to be great for lizards, especially for the Chuckwalla (Sauromalus ater). The two highlights of the trip were a late night road cruise of a California Lyre snake (Trimorphodon lyrophanes) and an up close visit with a Red Diamond Rattlesnake (Crotalus ruber). The Lyre snake has a limited range inside the US. The road cuts in the mountains around Borrego Springs are a great place to find them. The “ruber” as local herpers call them also has a limited range in the US and can only be found in California. The ruber was my main target for this trip to So Cal. 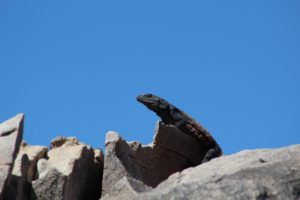 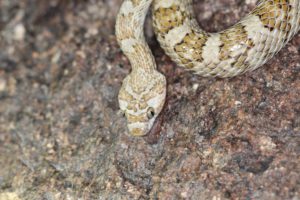 It was going to be my last hike of this trip to Southern California. I was heading to a place that was perfect for them and near where we found a DOR (Dead On Road) a few nights prior. The weather was a little breezy and had me worried nothing would be out, but I was going to look hard anyway. I parked and started my climb up the rocky area with sparse vegetation. As I climbed, I was looking under every rock and in every crevice. I searched and searched not finding anything, not even a lizard for 2 hours. As the sun started to get low in the sky I called it good and started back to the car. Since I had not seen a thing for 2 hours I was making a steady pace down the wash not paying enough attention. Of course, I stepped past a bush and got rattled! I jumped and low and behold at the base of the bush sat a beautiful ruber. I quickly gathered myself and readied my camera. I spent almost 10 minutes taking photographs of the beautiful specimen. What a way to end my trip to Southern California, but I was not done herping.

Related:  Beneath the Palms: The Florida Cottonmouth 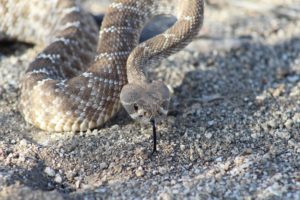 When I was planning this trip I thought of how great it would be to head a little further south to another mecca of herps, Costa Rica. My friend in So Cal and I had booked a trip with Jim Kavney of Costa Rica Herpin’ Adventures. He has been doing trips down to Costa Rica for almost 20 years. The website had trip reports from all the other adventures. I perused them and I was sold. This trip was six days of straight herping. The Arenal lodge would be our home base and it was amazing. The Arenal Volcano was in view right out my balcony. The snakes were everywhere, around the lodge, on the roads, on the fences, in the grass, on the trees, it was heaven. 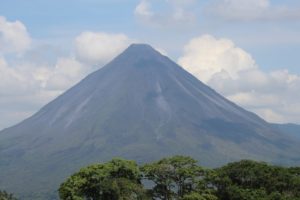 The highlight of the trip was the neonate Fer-de-lance (Bothrops asper). We found many venomous snakes during the trip and we were always very cautious. This snake though requires a lot of respect. I was actually quite far from the rest of the group checking this 8 foot embankment in a cow pasture. I had found a couple snakes a hundred yards back, so it was a good area. The rain was a little heavier than a drizzle when I spotted a small snake on a large leaf on the ground. I knew as soon as a saw it that it was a Fer-de-lance. I yelled to get the others attention as I was sure they wanted to see this one. We were unable to get quality pictures with the rain, but the image is burned into my mind forever. Here is a picture of a beautiful eyelash viper (Bothriechis schlegelii) and lichen colored snail-eating snake (Sibon longifrenis) we found as compensation.

Related:  Why We Shouldn't Kill Snakes 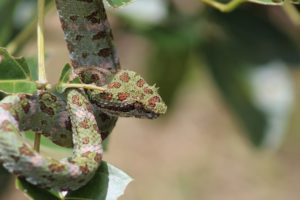 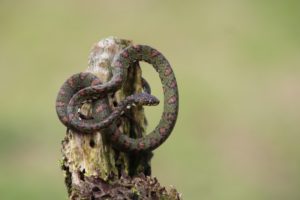 Jim includes with his trip reports a total number of species found and total number of individuals found. I made it a priority to beat the previous record of 104 individuals found during the 6-day trip. We searched high and low, day and night, up one hill and down the other and we did it. We found 120 individual snakes of 16 different species in six days. That is an astounding 20 snakes/day average and almost 3 new species every day! What a trip, if you want a low cost, international herping adventure consider Jim. I was not finished herping in Costa Rica, but that story will have to wait for another article.

View all posts by David Zabriskie